Celebrate the storied history of the New York Yankees.
From Jackson to Jeter, this magazine covers it all. Exclusive interviews with Yankee greats along with never-before-seen photos and memorabilia. Sign up to receive free eNews, tips and special offers from Sports Collectors Digest and download this magazine now.
Get it Free!
July 21, 2010 | admin | Comments: 0

Collectors just can’t get enough of Washington Nationals phenom Stephen Strasburg and the people at Topps know it. After all the buzz created by the sale and subsequent resale of the 2010 Bowman 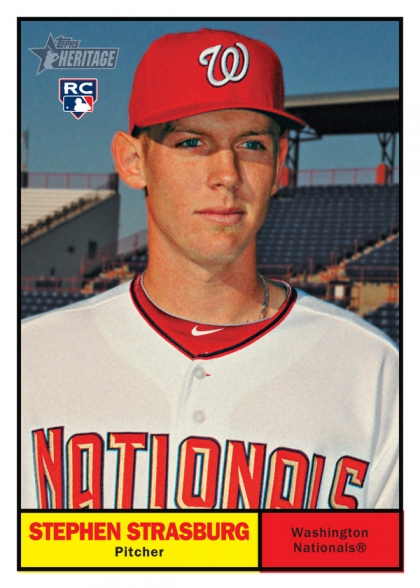 Red SuperFractor in the last few weeks, Topps was quick to come up with a plan that would draw customers to its booth at The National.

Topps revealed on July 21 that collectors who open 10 packs of 2010 Topps or Bowman packs (with the exceptions of Attax, Opening Day and 99-cent cello packs) at the Topps booth during the National Convention will receive a Strasburg 2010 Topps Heritage card (No. NCC1).

The card will be limited to just 999 copies and will be available in limited quantities at certain times during the show, which runs from Aug. 4-8.

Collectors will be limited to one card per person per day.