Celebrate the storied history of the New York Yankees.
From Jackson to Jeter, this magazine covers it all. Exclusive interviews with Yankee greats along with never-before-seen photos and memorabilia. Sign up to receive free eNews, tips and special offers from Sports Collectors Digest and download this magazine now.
Get it Free!
April 23, 2009 | admin | Comments: 0

No magic wands were waved, and nobody attempted to sugarcoat the realities of the challenges facing the sports card industry during their time at this week’s 24th annual Hawaii Trade Conference/Mainland Edition held in Florida. While it was hard to ignore what – and who – was missing from this year’s event, it was easy to get a sense from most attendees that the year ahead would likely offer far more stability than the past 12 months. 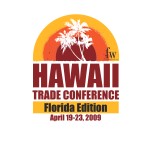 The impact of the recession on the industry was easy to spot at the conference. Attendance was down by roughly a third from last year, as cutbacks in corporate travel budgets and personnel have thinned the industry’s ranks. While the Meet the Industry trade sessions again featured some rare and appreciated giveaways by manufacturers, there were fewer sponsored events.

Still, many attendees said they were pleasantly surprised by the number of retailers (more than 80) who signed up for the event, particularly the nearly two dozen first-time attendees. Despite the turbulence that was prevalent in the last half of 2008 – and a consumer survey commissioned for the conference that suggested 54 percent of collectors said they anticipated spending less on card purchases in the coming year – there were several indicators that the first three months of this year have provided a more promising forecast for the market’s short-term future.

“I think people are starting to see the light at the end of the tunnel,” said distributor Brian Bauman of Great American in New York. “There was a lot of optimism among this group, and I think that’s a good sign for the hobby.”

Added retailer Wayne Wagner of Wayne’s Sports Cards in Edmonton, Alberta, Canada, “People don’t know where this recession is headed or when it’s going to end. But with better attendance than most people were expecting, and optimism about some of the upcoming products, I think there’s a sense that we’ve all taken our lumps and we’re ready to move forward.”

Evan Kaplan, category manager for trading cards for the MLB Players Association, said he was happy with what retailers were telling him about baseball card sales for the first part of this year. “Business could be better, but 2009 has started off by exceeding expectations,” he said. “I think everyone’s being conservative, but in general, business has come back after a tough end of the year and there have been some positives.”

Some retailers said among the goals accomplished at the conference was getting a better idea of what direction the manufacturers are heading this year in terms of product offerings, particularly in terms of price points, since economic conditions have dampened the demand for super-premium products. “I had a little apprehension coming into the conference about what direction the card companies were headed, but I’m leaving with cautious optimism,” said Dan Fox of Fox Sports Cards & Collectibles in Marion, Ill. “I liked the fact the big three card companies are gravitating toward set building again instead of just the ‘hit’ mentality with most products. I feel better about the direction we’re headed.”

“This was our sixth Trade Conference, and we’re leaving with a good feeling about where the hobby is headed,” said Cecil Laborde of Jason’s Sports Cards in Baton Rouge, La. “The show was very informative. It was a smaller group this year, but quality people all around.”

Next Year
As it has each of the past three years, one of the most frequently asked questions concerned the location of the next conference. Nothing was announced during the week, but conference organizers said they hoped to finalize the dates and location of next year’s event – the 25th anniversary of the conference – within the next four-to-six weeks.