Celebrate the storied history of the New York Yankees.
From Jackson to Jeter, this magazine covers it all. Exclusive interviews with Yankee greats along with never-before-seen photos and memorabilia. Sign up to receive free eNews, tips and special offers from Sports Collectors Digest and download this magazine now.
Get it Free!
September 8, 2008 | admin | Comments: 0

The parking lot at Upper Deck’s offices in Carlsbad, Calif., was turned into a basketball court for a special appearance by company spokesman LeBron James. Fresh off his return from Beijing, the Olympic gold medalist  was on hand to conduct a special basketball clinic for 10 youngsters from across the country. 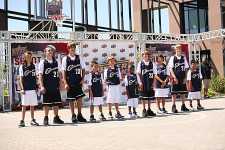 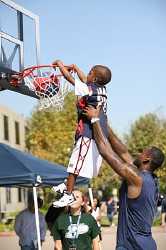 The youngsters, ages 6-16, secured their spots at the clinic through various means. Three were selected at random from contest cards packaged inside retail packs of 2007-08 Upper Deck Series 1 Basketball and SP Basketball. The kids then entered numeric codes from the cards on the Upper Deck website for a chance to win a spot in the clinic. More than 300,000 online registrations were received. Two others won via a raffle drawing at Upper Deck’s retail store in Huntington Beach, Calif. Another won a video essay contest hosted by Upper Deck. Three other winners were chosen via a promotion hosted by a San Diego radio station, and the other winner was selected by the Make-A-Wish Foundation.

“It was a once-in-a-lifetime experience that I’ll never forget,” said 13-year-old Mark Detrow of San Diego, one of the guests. 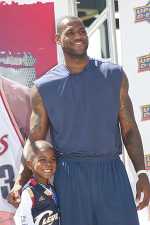 The event attracted media coverage throughout Southern California. In addition to the clinic, James spent part of the day signing trading cards and memorabilia for upcoming UD product launches.