Celebrate the storied history of the New York Yankees.
From Jackson to Jeter, this magazine covers it all. Exclusive interviews with Yankee greats along with never-before-seen photos and memorabilia. Sign up to receive free eNews, tips and special offers from Sports Collectors Digest and download this magazine now.
Get it Free!
March 30, 2009 | Amanda | Comments: 6

With the NCAA Tournament down to its best four teams, the March Madness Edition of the Beat The Blogger contest is also narrowing its field. With just two more rounds remaining until we establish the grand prize winner of the $500 prize package, six contestants remain in the running. 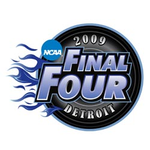 The next round of the competition will feature both Final Four matchups, a Championship Game matchup, several proposition picks and a total score tie-breaker prediction to determine our grand prize winner and runner-up. The 10 matchups below will determine our champion, with the official results being posted on April 7. As always good luck to all and thanks to everybody for playing.

The regular Beat the Blogger contest will resume on April 8 so for now, enjoy the games and make sure you get back in the contest because there’s no easier way to win great, authentic
signed sports memorabilia anywhere.