Celebrate the storied history of the New York Yankees.
From Jackson to Jeter, this magazine covers it all. Exclusive interviews with Yankee greats along with never-before-seen photos and memorabilia. Sign up to receive free eNews, tips and special offers from Sports Collectors Digest and download this magazine now.
Get it Free!
December 27, 2010 | Amanda | Comments: 0

After watching more football than I probably should have and putting my
relationship with my fiance in serious jeopardy because of it, I came up
with several observations that I thought I should share. If my
overindulging ways are going to ruin my wedding before it even gets
here, I figure I’d better pass on this wisdom before I go to sleep one
night and wake up in a sack in the middle of Lake Michigan. She couldn’t have been that mad, could she?

Anyway, as for the observations, is it just me or does the NFL seem to 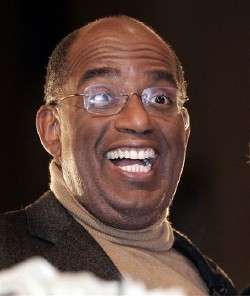 postpone its games a lot more easily than they used to? I’ve been
watching NFL games since 1975 and I don’t remember any games being
postponed in my first 34 years of viewing and now we’ve had two in a
week? I understand that the Metrodome’s spaghetti strainer impression
forced last week’s switch and that the latest “NorEaster” to hit the
East Coast and the 50-MPH-er winds that accompanied it made that
postponment necessary and understandable. Now I haven’t checked with Al
Roker on this but I’m guessing that at least once in the last three
decades at least one stadium in the NFL has experienced a similar storm
and the game went on as usual. Apparently fan safety is equally
important as player safety in 2010. And I’m also guessing that the NFL
took the possibility of 20,000 no-shows and the lost revenue from
concessions into consideration. The new NFL mantra: “The league that
cares about its players and fans, but not quite as much as it cares
about the bottom line.”

After a sideline tirade with the QB he hand-picked during his team’s
25-17 loss to St. Louis, San Francisco pulled the plug on the Mike
Singletary Project. Despite one game remaining on the season and two
years left on his recently signed contract extension, Singletary and his
unusual ways are now where they belong, hitting the bricks. While
Singletary may be one helluva defensive coordinator, he looked liked a
deer in headlights from Day 1 and despite a HOF resume as a player, he
had no business being a head coach in the first place. Hopefully
Singletary’s stumbles won’t hurt other black coaching candidates who
could now continue to get passed over because of his ineffectiveness.

The lower tier of the 2011 NFL Draft has been established and the
Carolina Panthers are the lucky losers. Anybody who witnessed the
Panthers 27-3 loss to the Steelers last week knows the Panthers are very
much in need of some help and while the top pick in the draft won’t fix
all that ails them, they gotta start somewhere. After watching that
team a couple of times this year, I can’t see one position that wouldn’t
be described as a “position of need”, including quarterback, where last
year’s second-round pick Jimmy Clausen doesn’t appear to be anywhere
close to being the answer. Let’s just say adding talent shouldn’t be a problem for the Panthers.

Stanford’s junior quarterback Andrew Luck appears to be the consensus
No. 1 pick and the Panthers would be wise to transform Clausen into the
backup he’s destined to be and make Luck their quarterback of the
future. Unfortunately for Carolina, Luck has recently announced he might
stay in school and wait for the 2012 Draft to take his talents to the
NFL. He must have seen the Panthers-Steelers game, too.

While their record is a modest 5-10, the Detroit Lions appear to be a
team on the rise and will likely soon be anointed the NFL’s “Next Big
Thing” heading into 2012. And unlike this year’s winner of the “Next Big
Thing” award, the 49ers, the Lions may actually live up to the billing. Armed
with a scary front four on defense led by Rookie of the Year Ndamukong
Suh, an All-Pro wideout in Calvin Johnson and a talented, yet unproven,
franchise quarterback, the Lions are armed and dangerous. If they can
add a solid cover corner with the No. 9 pick in the draft (and then add
three more in Rounds 2,3 and 4 to round out their sive-like secondary), their worst-to-first turnaround could
come to fruition sooner rather than later.

The last observation I had over the weekend is two-fold regarding the
Chicago Bears. Despite posting an impressive 11-4 mark, winning seven of
its last eight games and posting victories over Green Bay, Philly and
the New York Jets, the Bears continue to be treated like the guy at the
bar with three DUIs who’s always trying to “bum” a ride home at closing
time. Maybe its Jay Cutler’s easy-to-hate personality, or maybe its
because there are reality stars (and I use that term loosely) on the
Food Channel more well known than their receivers, but Chicago
just doesn’t get any love. With a solid quarterback, an above-average
ground game, a top-five defensive unit that typical tests your patience
and makes you dink and dunk your way down the field along with the
scariest return man in the game, Chicago could easily come out of the
NFC and represent the conference in Dallas this year. Then again, they
could get picked apart by quick slants like the Jets did Sunday and
Cutler could revert back to his early season impatient ways and they
could be one and done. I guess that’s why they play the games.